What is the Coriolis effect? 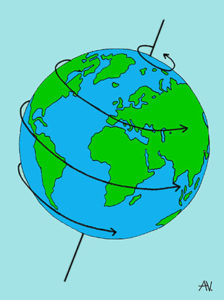 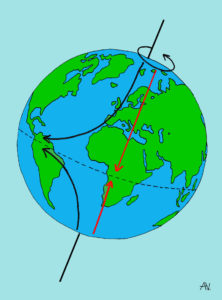 The earth’s rotation makes wind and water currents bend in a specific direction. In the Northern Hemisphere, the bend turns in a clockwise direction, and in the Southern Hemisphere it turns counter-clockwise.

In the Northern Hemisphere, wind and water currents bend in a clockwise direction, and in the Southern Hemisphere they turn counter-clockwise. That is because if the water or wind want to move from north to south, the movement is affected by the speed of the earth’s rotation. When wind or water move from north to south, the rotation of the earth keeps it from moving in a straight line. 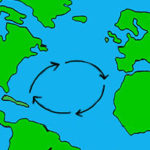 How does a gyre work?
Did you know... Gyres are the largest transport mechanism for floating plastic.
Read more

What you can do
Did you know... It’s still not too late! There is still much we can do to reduce the plastic soup.
Read more 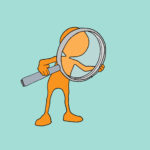 Research into plastic soup
Did you know... < 1% of the plastic in the ocean floats on the surface. Researchers are working to find out where the other 99% is located.
Read more