How do we know how the plastic moves around the ocean? That’s a good question! For many years, scientists have studied ocean currents, gyres and the ocean conveyor belt. All of the knowledge gained over the years helps us to better understand how the water moves through the oceans – and how it carries plastic along with it.

You might be surprised to learn than rubber bath toys have contributed to our understanding of ocean currents. In 1992, a Chinese cargo ship lost one of its containers, which was filled to the brim with more than 28,000 rubber duckies. The duckies have been bobbing around the ocean ever since, and are still washing ashore at the most remote locations.

Less than 1% of the plastic floats on the ocean surface 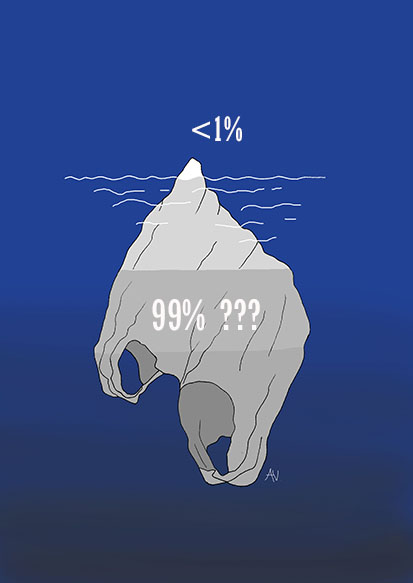 If less than 1% of the plastic is floating on the ocean surface, then where is the rest of it?

The incident with the rubber duckies gave us our first glimpse of how plastic spreads across the surface of the ocean. Further research has taught us that plastic is transported via gyres or by the ocean conveyor belt.

Other research has shown that  less than 1% of the plastic floats on the ocean surface. That means the other 99% must be somewhere else in the ocean. So where is it?

We know a lot, but there is much more that we still don’t know!

One of the things we don’t know is where the other 99% of the plastic is in the ocean. That is one of the questions that the  TOPIOS research team, under the leadership of researcher  Erik van Sebille, hopes to answer with the help of computer models. These models simulate the movement of plastic through various areas of the ocean; not just the surface, but throughout the entire water column.

Watch the video (in Dutch), and find out if there are actually big islands of plastic floating around the ocean.

Each year, eight million tonnes of plastic are estimated to end up in the ocean. But what effects does all that plastic have? And are there perhaps alternatives for plastic? These are some of the questions that researchers at  Utrecht University are trying to answer. Would you like to know more about scientific research into plastic soup? Then click on this link (in Dutch), to find out what UU is doing to reduce our plastic footprint.

Do you have any good ideas? 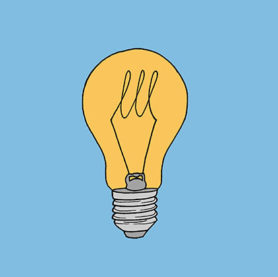 What are you doing about the plastic soup?

As you can see, there is a lot of research being conducted about plastic soup. The research teaches us many new things, but we have also learned that there are many things we still don’t know. That’s where you can help. Do you have any good ideas about how you would solve the problem of plastic soup? 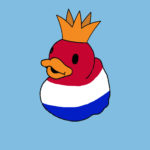 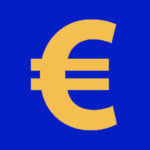 The cost of the plastic soup
Did you know... People in poor areas are sometimes forced to live on a plastic landfill.
Read more